With the growing controversy surrounding Spotify, both about Joe Rogan and economics of music, many have called for artists to withdraw their music catalogs from Spotify and for consumers to cancel their accounts. Let’s look at the current situation and how we got here and then look at possible solutions for the future of music.

To begin, it’s important to remember that manufacturing, marketing, and distributing music used to be a manual, technical and expensive undertaking. If you were a talented singer or instrumentalist, you needed outside expertise with every aspect of commercial success. This included access to expensive and powerful recording technology, along with the vocal stylists and sound engineers to finesse the final product. It included marketing experts who shaped artist image, produced messaging, photography, and artwork – typically anchored to an album release. The album itself would include manufacturing compact discs (or vinyl) and then translation for distribution to additional countries outside the US. It would include registering and managing copyrights associated with the composition and sound recording around the world. If you wanted to be in chain stores like Tower Records, played on critical radio stations or get a gig at a local arena, it would involve tapping into a complex network of promoter relationships. The list goes on and into excruciating detail, including the underlying financial, administrative and legal teams to support all this work. Oh, and touring.

So why didn’t artists choose to undertake some or all of this work themselves? History provides a few clear answers. First, this was expensive work; emerging artists lacked the capital necessary to self-fund. Second, the boundaries of expertise are distinct and rarely overlap: the musical mind that generates mellifluent expression doesn’t often prefer spreadsheets and contracts (This isn’t to suggest musicians aren’t business-minded; see David Bowie and many others.) Lastly, and most importantly, the history of intellectual property in the United States provides vital clues. Music rights, which fall under copyright law, can be traced back to the 1920’s when player pianos, record players and radio combined into a powerful new category. To address this growth, Congress established laws around ownership and royalty licensing that massive complexity.  So complex, in fact, that the laws gave rise to a legalized oligopoly: music labels.

And so music labels were born. Musicians focused on music while a supporting team of experts, employed by a label, took care of the rest. In light of the technology available for the last hundred years, this was a pragmatic arrangement. Artists worked on their art; labels worked on everything else, establishing a boundary between the music and the business of the music[1].

This arrangement seems like traditional employee/employer: the employee contributes to a product that the company sells for revenue. In return, the employee receives a wage.  There are a few notable differences, however.

First, an artist signing with a label typically incurs a sizable loan from the label (called an advance) to cover production costs. The advance must be repaid before income is shared with the artist. If and when that income arrives, it is split among many parties, often resulting in 10% – 20% finally making it to the artist. This sets up an all-or-nothing proposition for both the artist and the label. For the debt-saddled artist, repayment and income require remarkable financial success. On the other side, the label business model starts to look like a movie studio or hedge fund: a minority of enormous successes fund the majority of underperformers. In fact,98% of signed artists get dropped by a major label before their second album.

Second, in return for undertaking the business of the music, labels often require that they legally own the musical work. Artists, with few other options available to generate meaningful growth, quickly agree. Now, whether it was a development deal, a single or a multi-album deal – the label owns the artist’s music. When the music is played, the label gets paid. The artist – now effectively an exclusive vendor of the label – receives royalty splits only when the labels have recouped their advance and other sunk production costs. Superstars can also be securitized to maximize profit: Neil Young is really Neil Young Incorporated, owned by private equity fund Hipgnosis and floated on the London Stock Exchange.

In fact, the Big 3 (Sony Music Entertainment, Universal Music Group, Warner Music Group) control over 80% of the music marketplace. Not surprisingly then, the top 10% of music recordings drive 99% of listening streams [3]– even with over 500k new tracks being added to major streaming platforms every month.

This is why Prince inked “slave” on his face when re-negotiating his Warner contract in 1995. It’s also why popular bands have been known as ‘radio poor’ – meaning that while being rotated into popular playlists, their earnings remain near zero.  In the worst cases, artists are taken advantage of by a system too big and complex to understand. If a global superstar like Taylor Swift can lose track of who owns her work , anyone can.

Some have argued that the Internet is changing these rules, making it easier to breakthrough independently. This is both true and misleading. It’s true in the sense that professional-grade recording and digital publishing is much cheaper than before (producing albums, tapes, CDs was expensive.) It’s misleading because the chances of breaking into mainstream playlist rotation without label support remain near zero. An independent musician publishing on Spotify or Apple Music is locked out of the levers of success; in particular, discovery remains under label lock & key. As the New York Times notes, “The algorithms of Spotify, Apple and Amazon are carefully engineered to steer listeners to pop hits[4].”

At this point, it’s worth noting that Spotify, while successful at increasing access to music, has only effectively replaced piracy (and increasingly radio) as a place for people to listen to popular music. Spotify hasn’t positively impacted the economics of music. In fact, streaming royalties are abysmal: Spotify pays artists an average of $0.0032 per stream. (Averaged across revenue pools)

The industry is ready for another wave of disruption: from rapid advancements in recording technology to web3, today’s home studio can produce and release studio-quality tracks. DistroKid, CDBaby and TuneCore offer near-instant publishing to 30+ digital stores at zero marginal distribution cost. If you need artwork, photography or copy –just publish to social media with the camera in your pocket. Instagram, TikTok and Twitter make communicating with your fans a straightforward affair. The sun is quickly setting on having to manufacture, translate and ship CDs around the world.

These disruptions have enabled new forms of music from new artists located anywhere at a scale that’s difficult to conceptualize.

This is majr's mission: to help every modern creator move into the digital economy and be successful on their own terms. To build for this future, it’s time to break away from the past.

We looked at many possible alternatives for the future and recently began building a new service focused on artists, their art and their fans. Based on thousands of hours of interviews and observation with musicians and their fans, we believe that a new kind of platform that offers a rich canvas for artistic expression, inclusive discovery and direct economics will be the future of the digital music experience. We imagine differentiating by combining artist creativity with music streaming into an immersive user experience. Further, by working with independent artists who are unencumbered by label and copyright entanglements, we will innovate on the economics, establishing a new model for artist payment.

We also foresee positive societal impacts by increasing the discovery of independent or undiscovered artists, which will allow under-represented voices to be heard as well as to reach marginalized listeners who want to see their own experiences reflected in the music they listen to.

On February 14th, we will launch our MVP to a small group of artists. The first release is focused on supporting the creative process at the moment of inspiration. Every month we will release new features and open up access on the path to general availability this summer.  We invite artists to join us. We’re a team of musicians, artists and builders –  just like you. With a unique combination of backgrounds and life experiences, we are committed to building technology that solves real-world problems for artists, unlocks direct and fair payment and helps foster thriving fan communities.

The most fundamental point is this: music is one of the most powerful and pervasive forms of human expression and creativity. Transcending culture and geography, music is a shared human language. Our bodies are wired to instinctively understand song: heartbeat, blood pressure and respiratory function automatically attempt to synchronize to external rhythms. Music and the people who make music deserve fair pay.

This is the future we’re building for. Stay connected to our progress: JOIN WAITLIST

[1] While not pondered here, it is common knowledge that corruption, price discrimination and underhanded accounting schemes are common in the music industry. 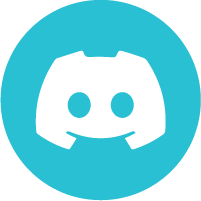 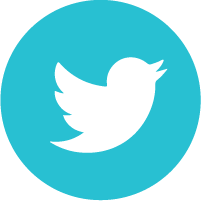 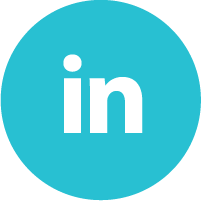 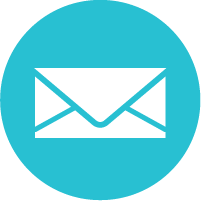